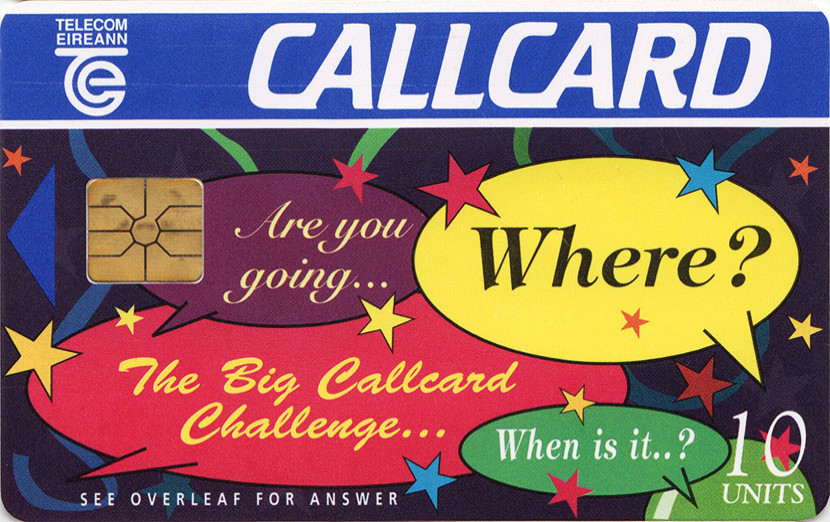 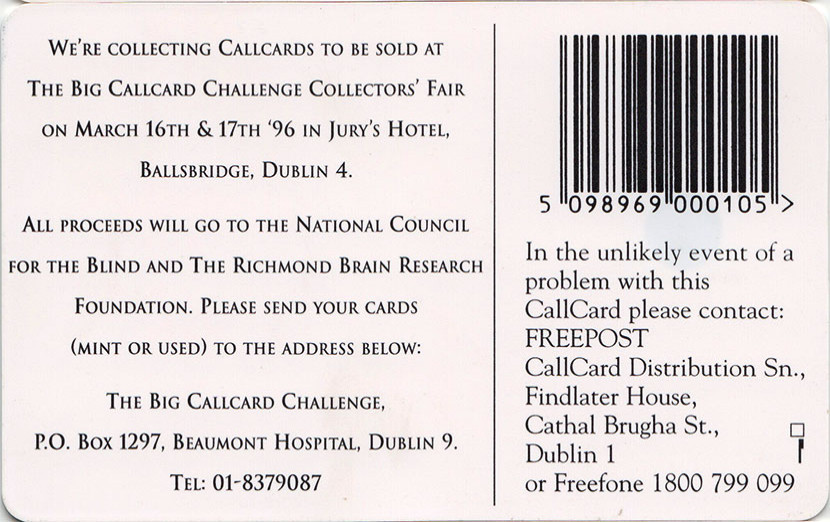 This Callcard was issued generally to promote Telecom Eireann's first ever Callcard Collectors fair called "The Big Callcard Challenge". The year 1995 was a major year for Callcard collecting by both young and old.
The fair was held In Jurys Hotel, Ballsbridge, Dublin and was in aid of the Richmond Brain Research Foundation.