IrishCallcards.net is your one stop for all things Callcard (Irish Phonecards). First introduced in Ireland by Telecom Eireann (now Eircom) in 1988, throughout the years many different callcards were produced. Ranging from commemorative to advertising and special edition releases, Callcards were widely collected throughout Ireland and worldwide during the nineties.

IrishCallcards.net features a complete image gallery with high definition images of all Callcards ever produced, as well a discussion forum.

A brief history of the chip based Smartcard 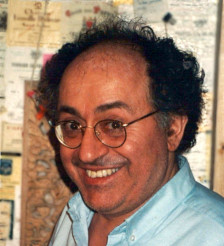 Chipped based phonecards were first introduced by France Telecom in the year 1983. Invented by French inventor Roland Moreno chipped based phonecards were revolutionary in terms of better security and durability compared with the previous magnetic and optical card types. Moreno had researched and developed the smartcard (chipcard) for use in banking and as a secure way to authorize transactions. It is important to note that chipped based smart cards were not confined to just phonecards; your bank card, mobile SIM card, Cable or Satellite TV viewing card and any form of card with a chip embedded are all based on the same technology. Moreno had established his own company Innovatron in order to market his ideas and intellectual property. The Innovatron flag logo is seen quite regularly on Irish Callcards, particularly with the very early cards. Take a look at some of your Callcards, you'll probably spot this flag somewhere on the back of one of them:

20 years on from the last Callcard Collectors Fair 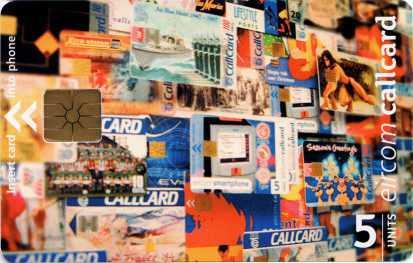 It was 20 years ago this year, on May 26th 2001 Eircom was to host the very last Callcard Collectors Fair. Since the year 1996 Telcom eireann, later Eircom had hosted yearly Callcard fairs in aid of charity. The charity of choice over the 6 years running was the Irish Brain Research Foundation, and briefly the National Council for the Blind (1996 & 1997). The Collectors Fair was hosted at the Jury's Hotel in Ballsbridge initially, later on moving to the Royal Dublin Society (RDS) venue in Dublin.

After payment of the £2 entrance fee (for adults, kids under 12 were only charged £1) entrants had access to dealers stalls where one could buy or swap Callcards. For every Callcard Fair, Telecom eireann then Eircom would have produced a special Limited Edition Callcard (in some cases 2 cards were produced) and the entrance ticket enabled the attendee the ability to purchase just one of these special cards (priced at £10) with the proceeds going to charity.

The format of the Callcard Fairs was mixed, in order to attract both the younger collectors but also to cater for the more serious collectors. The fair was so big in it's heyday that it even attracted international interest (source article).  By the mid 1990s certain Callcards were so valuable that Callcards were purchased by some as investment pieces.

The story of the Telecom eireann Callcard