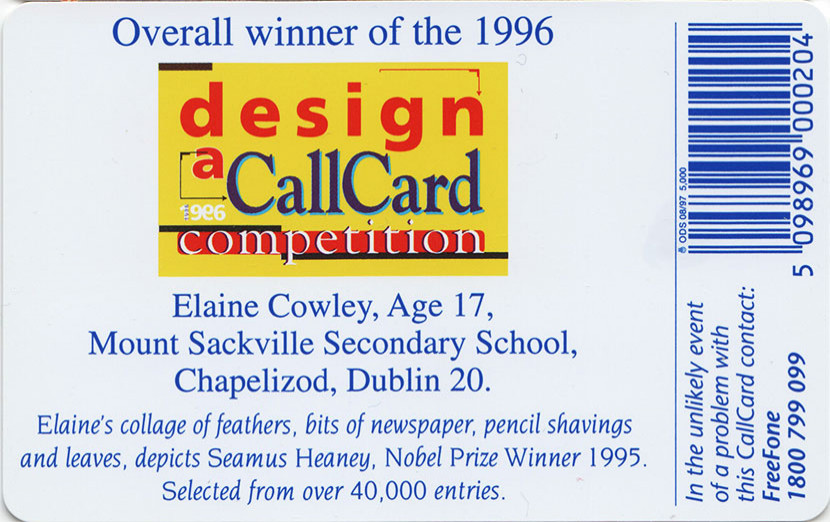 The Design a Callcard 1996 winning design was made by Elaine Cowley (Aged 17) from Mount Sackville Secondary School, Chapelizod, Dublin 20. Elaine produced a collage of feathers, bits of newspaper, pencil shavings and leaves to depict Nobel Prize Winner of 1995 Seamus Heaney. Seamus Heaney, a poet from Derry, Northern Ireland passed away on the 30th of August 2013.

This competition, sponsored by Telecom Eireann asked school children to create drawings/artwork and the winning one would appear on a Callcard the following year.

The winning school received computers and other tech items from Telecom Eireann.

Unlike previous Design a Callcard issues, this one was privately released, with only 5, 000 cards produced. This is substantially less, than the usual 200, 000 or so cards that were produced in previous and future years.