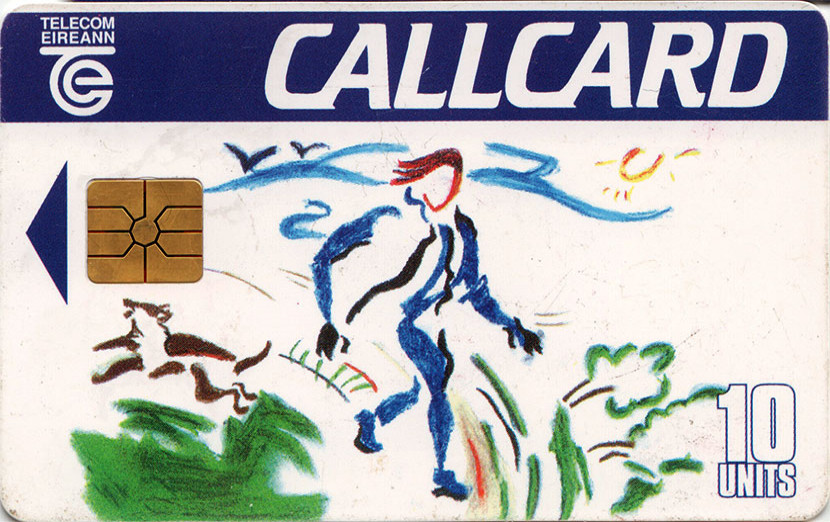 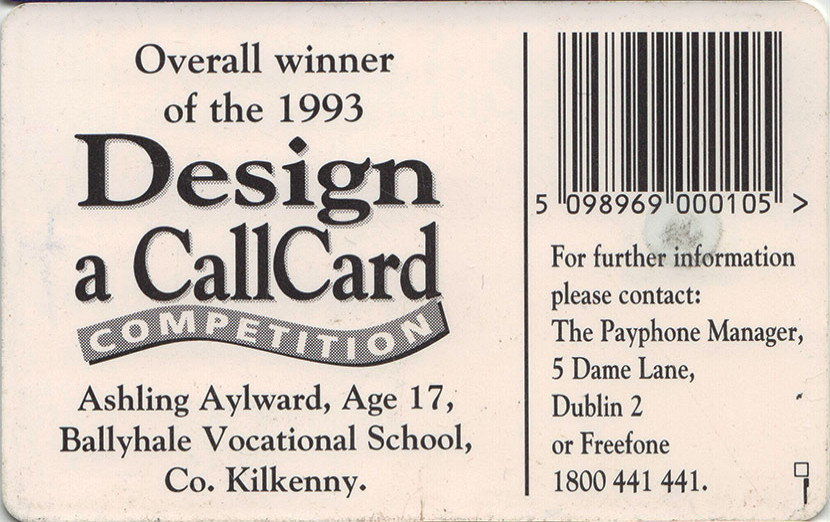 This was the very first Design a Callcard competition winning design for the year 1993. This competition, sponsored by Telecom Eireann asked school children to create drawings/artwork and the winning one would appear on a Callcard the following year.

Ashling Aylward, who was in Ballyhale Vocational School, Co. Kilkenny won the 1993 competition. The winning school received computers and other tech items from Telecom Eireann.