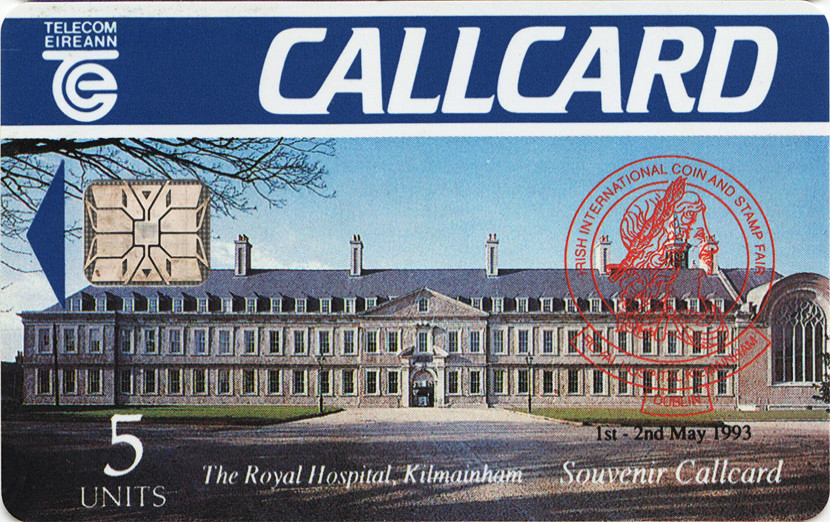 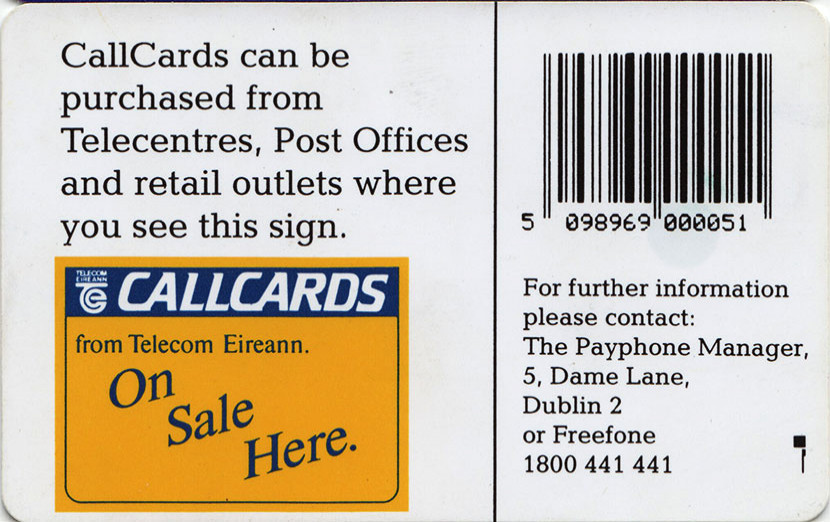 Only 1, 100 Royal Hospital Stamp & Coin fair Callcards were produced. 500 of the Callcards were sold through the Telecom Eireann Collectors Club (and sold out very quickly). The remaining 600 cards were sold at the door of the Royal Hospital Collectibles Fair in 1993.
This was the very first Private card Telecom Eireann issued, and even today remains quite a rare card to come across.
A major issue with this cards distribution method (air tight sealed packaging) meant that on many of the cards chips that were kept in the pack deteriorated and went rusty. This is caused by a thin layer of silver, that coats the contacts on the chip, tarnishing.

*This callcard was enclosed in a air tight plastic sleeve