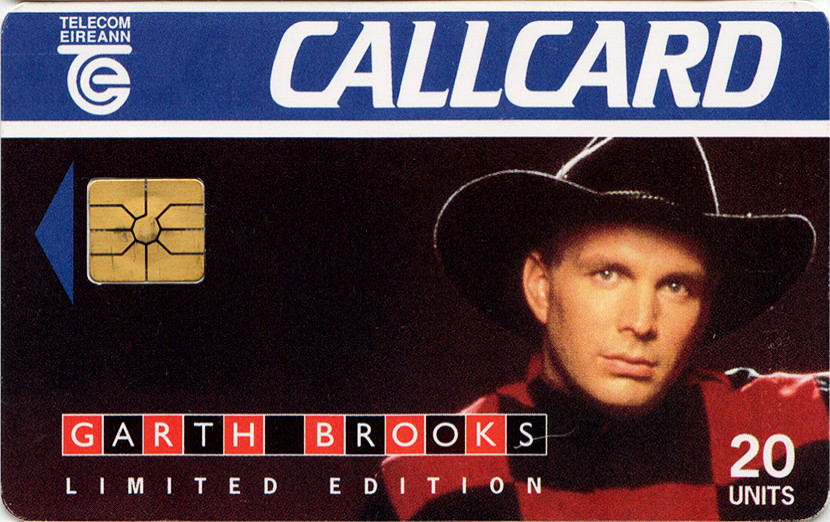 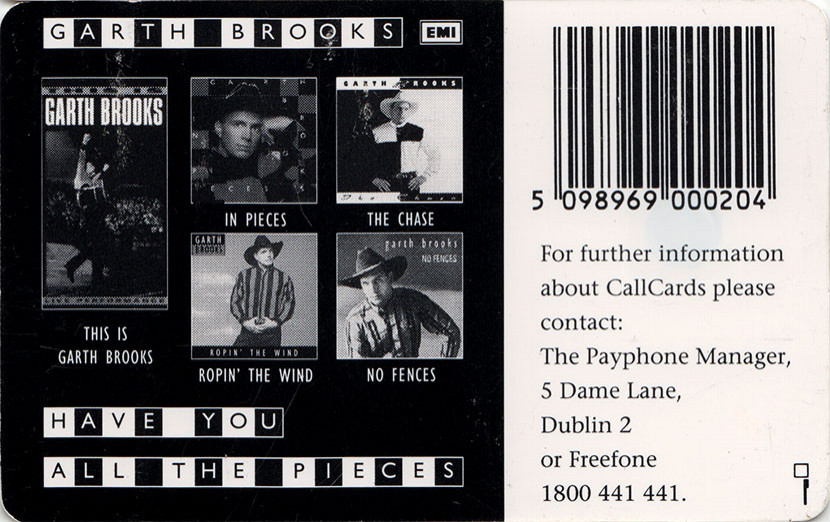 Garth Brooks also played in Dublin's Croke Park stadium, in 1997 and also the Point in 1994. Garth was meant to return to Croke park to play 5 concerts in 2014, but due to disputes with local residents regarding the number of concerts these never went ahead. Ironically 400, 000 tickets were sold in advance of the concert, the same number of Garth Brooks Callcards that were produced 20 years prior in 1994.

Although this Callcard states "Limited Edition" on the front of the card, it is actually very common.

Used the Gareth Brooks card is probably worth €1-2 delivered. Not even worth selling tbh, common as muck with 400k produced. Mint I would say €4-5 maybe more/less depending.

wht price are these goin for