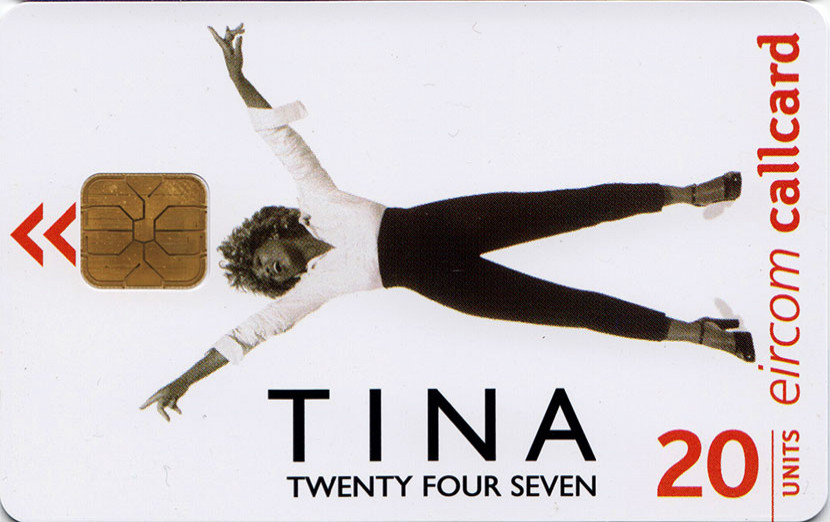 This Callcard was released to promote the singer Tina Turners "Twenty Four Seven" 2000 tour, which took place in Dublin in the RDS on the 11th of July 2000.

Unlike the previous Tina Turner Callcard released in 1993, this one was supported by Aiken Promotions and not EMI.