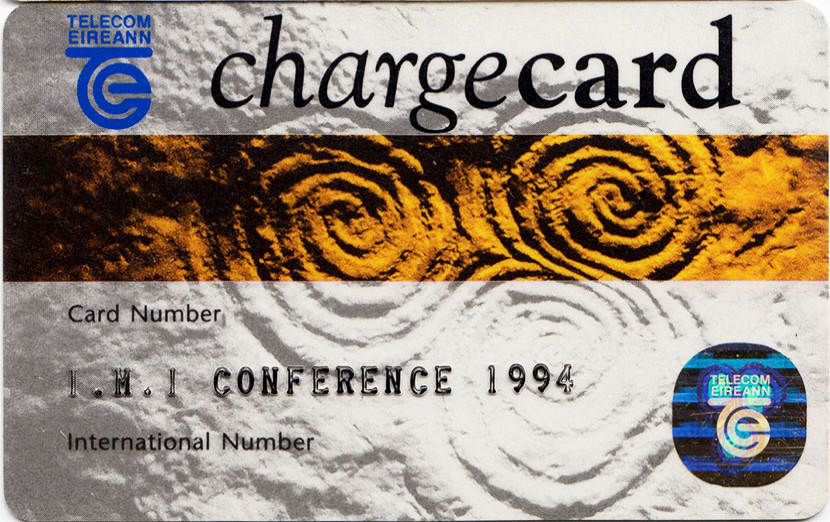 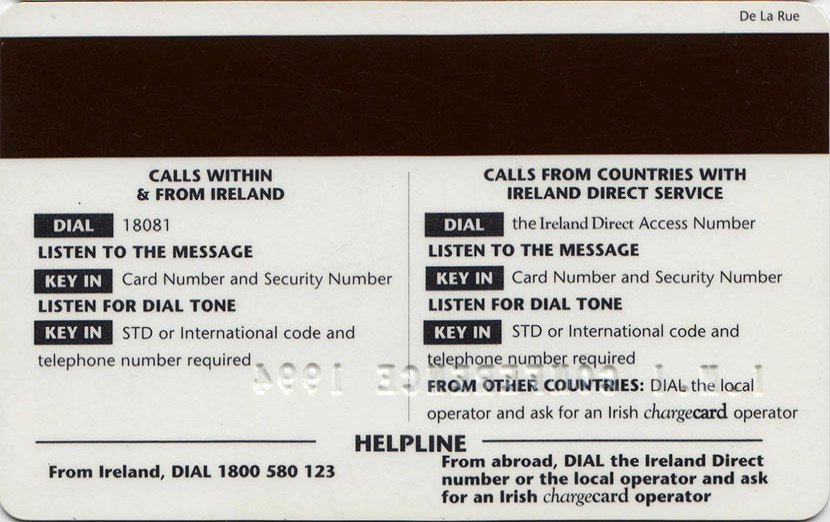 In Wrapper
No
Callcard Information

This Chargecard was produced to be provided to delegates of the 1994 Irish Management Institute (IMI) conference.

The IMI Callcards even to this day prove to be some of the rarest Callcards ever produced. It is less known, that four years later another Telecom eireann phonecard was provided, however as a "Chargecard" which could be used via any phone, not specifically a cardphone.