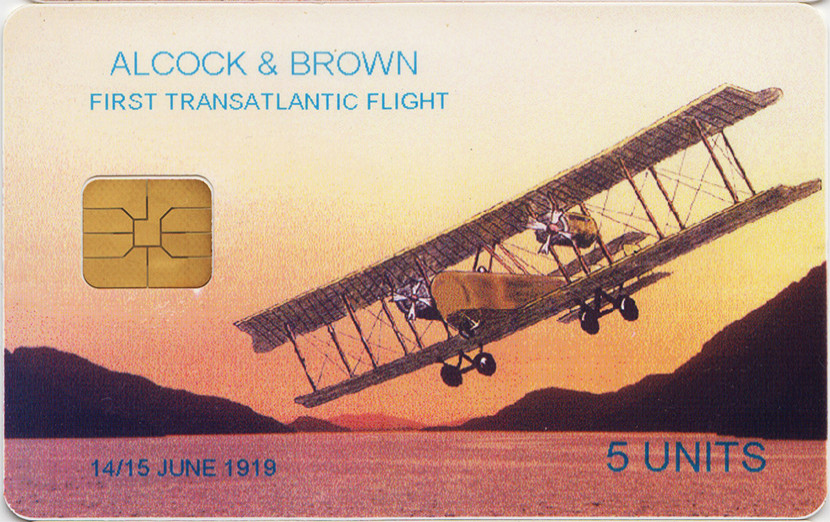 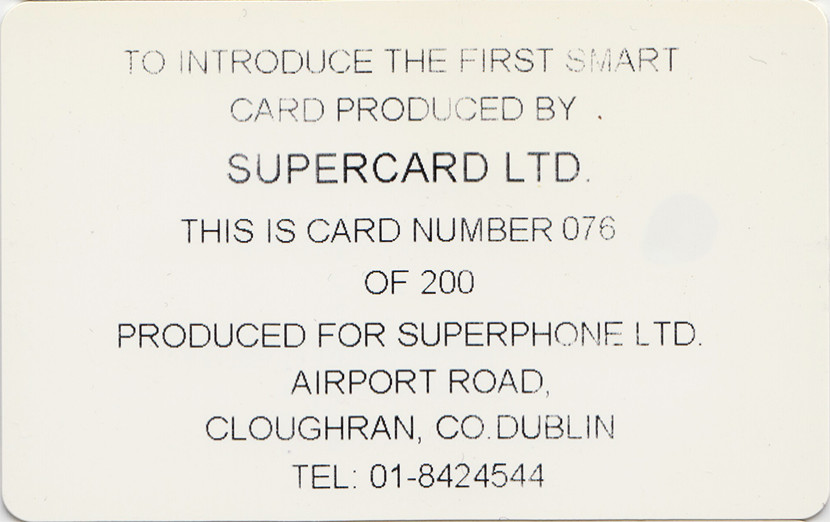 This Alcock and Brown phonecard was produced by German chipcard manufacturer ODS. Different variations of this card have come to light due to different printing techniques, some cards were numbered twice and also some cards had the back printed upside down.

A variation with the numbering system has also come to light: some numbers that contained zeros had a line through the zeros, others (such as the example above) do not.