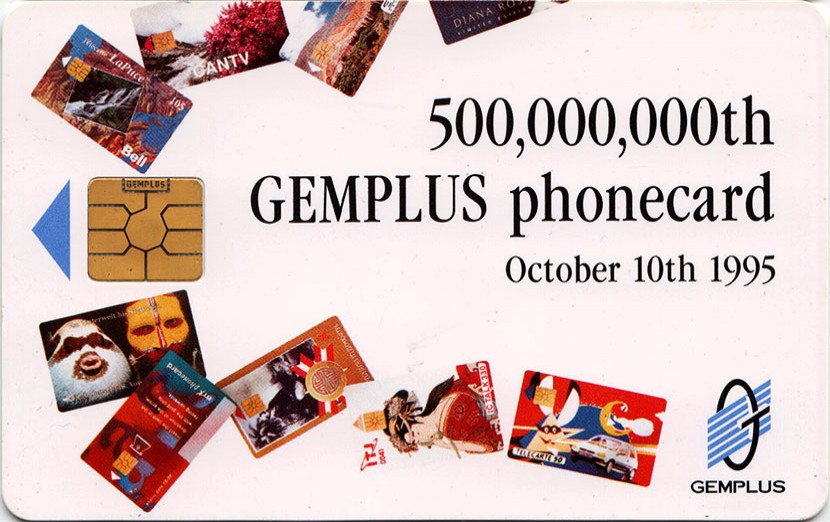 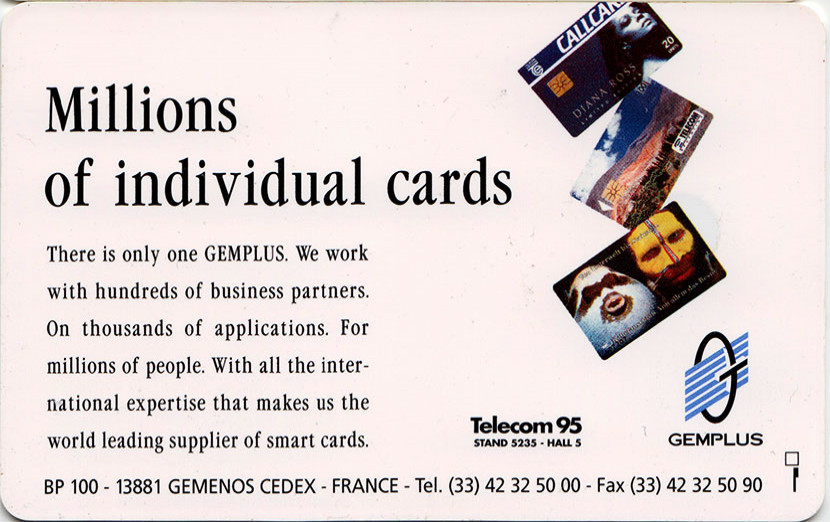 This card was issued by Gemplus in France to promote the release of 500, 000, 000 Gemplus phonecards. It was distributed at the Telecom 95 conference in France.

This particular card is interesting as it has the Irish Diana Ross Callcard included as part of the design. The Diana Ross was issued 2 years previously, in December 1993.