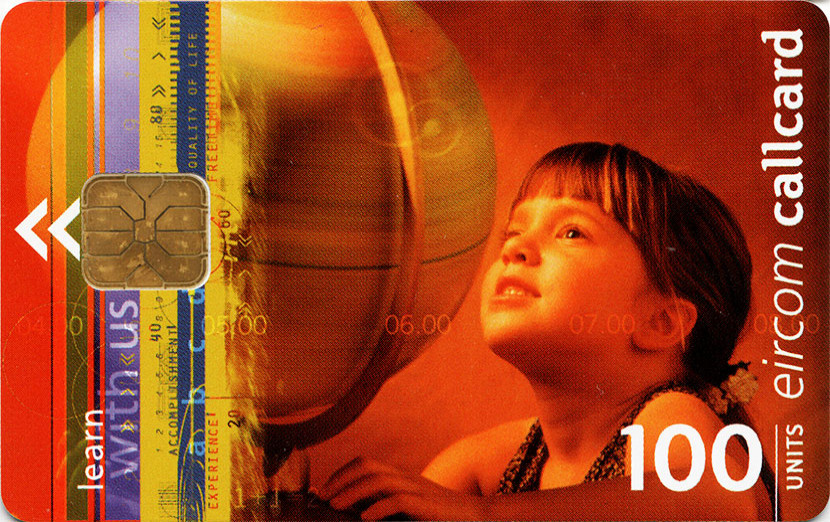 Learn with us Front 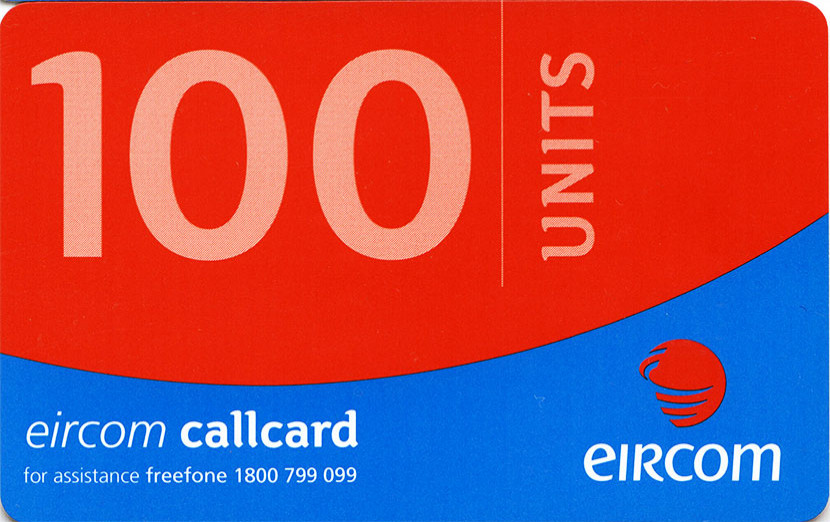 Learn with us Back

The productivity "with us" definitive Callcard set was released towards the end of the year 1999. Five Callcards, depicting various activities from social to productivity were produced.

This definitive set saw the change of the Telecom Eireann branding into the Eircom design. A new rear image on the card with no barcode or address placed on the card. The majority of Eircom Callcards had the barcode printed on the wrapper instead.

This was the last Callcard to be branded 100 Units. Later on when Eircom moved to currency values for Callcards, the maximum unit count was 50 (at a cost of €15). Rumour has it that mint unused 100 unit cards may hold a value of €50 (as they equal two Simply Talk €15 + €10 free Callcards).