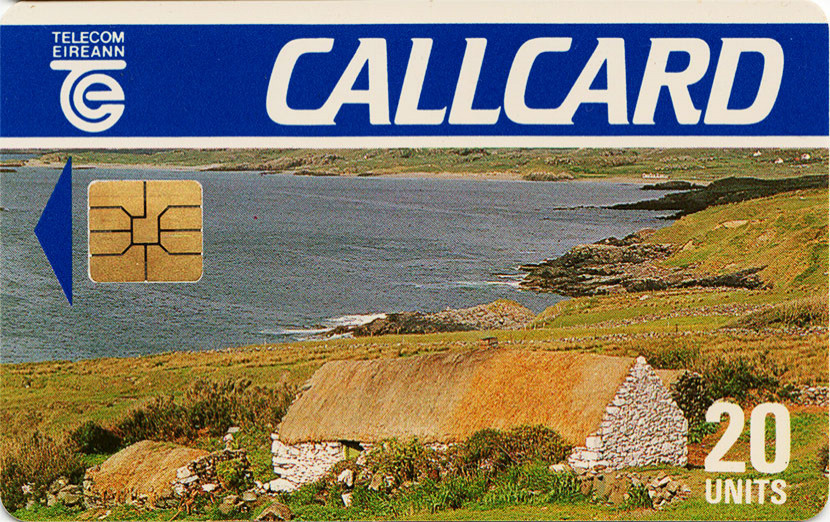 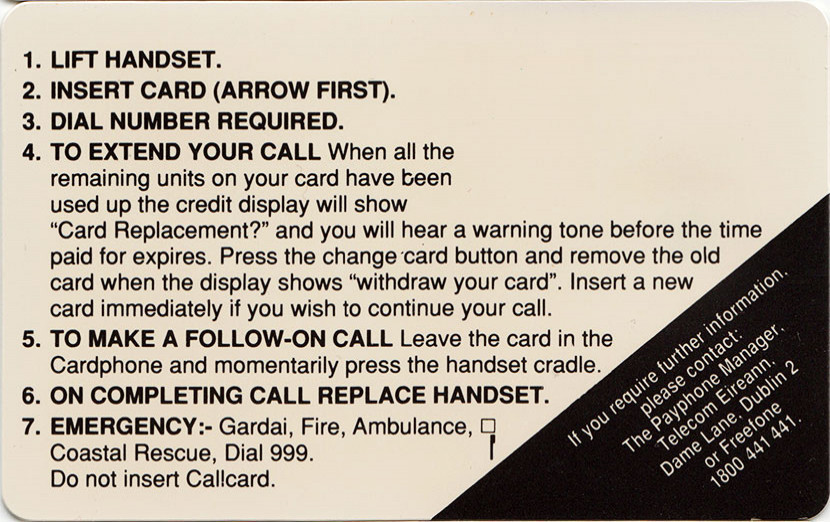 This CallCard was encoded for use on Iarnrod Eireann trains. Initially Telecom Eireann tested Monetal Mobile Telephone Systems, which used the Eircell mobile network at the time.
Interestingly the back of this CallCard had all the details printed in black, rather than the blue/navy colour scheme which appeared on all the other early cards, hence earning the title Black Back Cottage CallCard. After the trial, 650 cards out of the 1, 000 were sold through the Telecom Eireann collectors club.