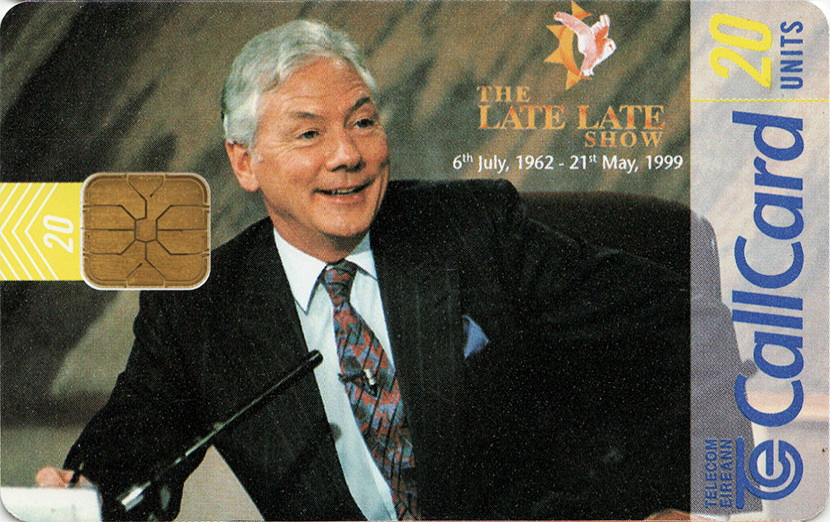 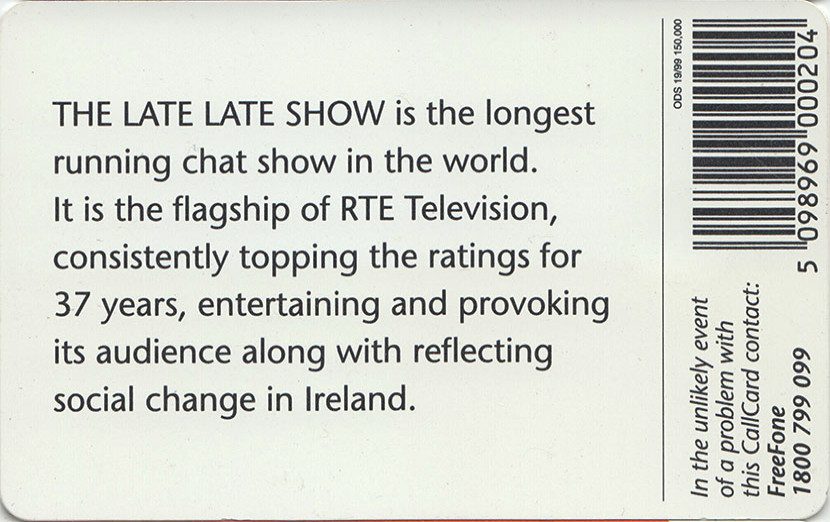 This Callcard was issued mark the end of Gay Byrne presenting the long running Irish "Late Late Show" first broadcast on RTE in the year 1962.

Interestingly members of the audience for the last Late Late Show received a special Callcard pack, courtesy of Telecom Eireann. This pack included this card as well as a 1144 Economy 100 unit card.