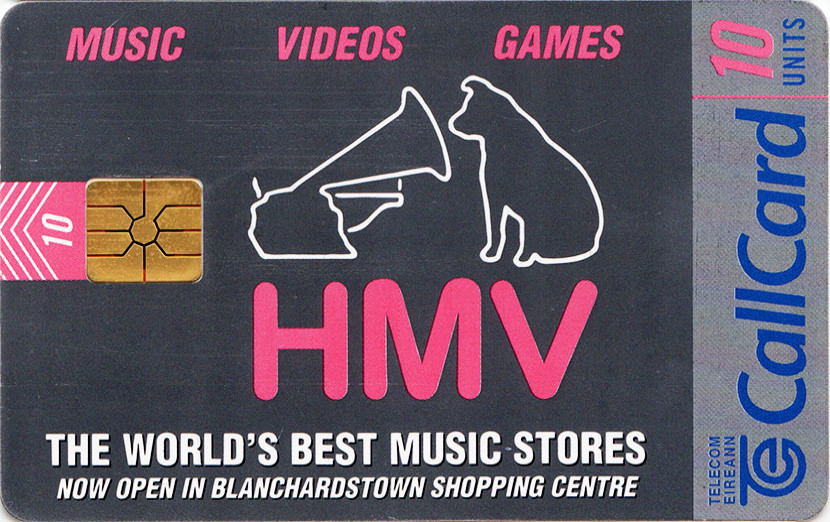 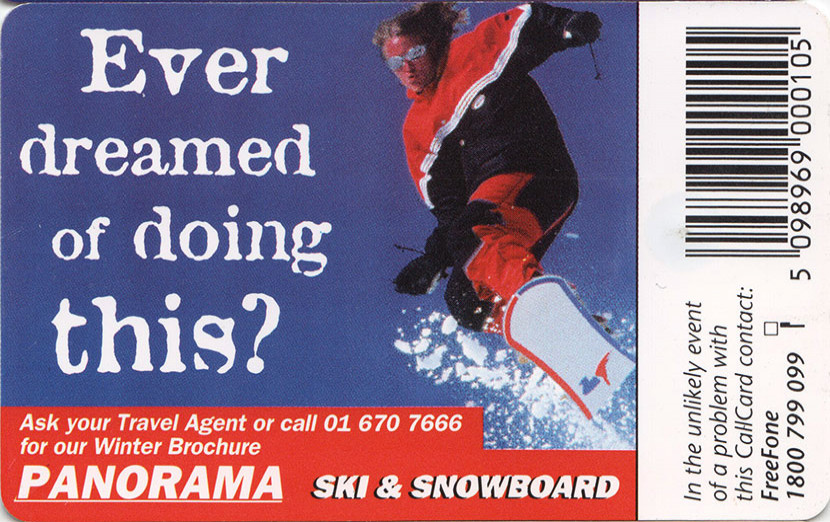 This Callcard was issued by both H.M.V Music and Panorama Holidays. This card also promotes the opening of a new HMV store in Blanchardstown, Dublin.