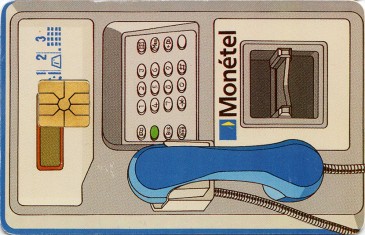 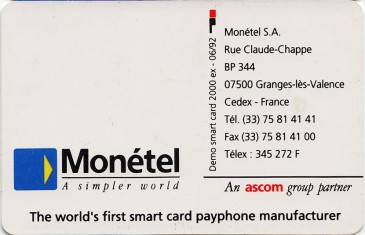 This Service card was produced to service cardphones which Telecom Eireann had installed on Iarnrod Eireann trains. While 2, 000 Monetel test cards with this design were made, less than 50 cards were encoded for use in Ireland.

This card was used by service engineers only to service the cardphones on the trains, however the Black Back Cottage was also produced for use by the general public.

The Callcard train trial was not very successful due to network quality issues. As a result only 350 Black Back cards were used to test, with the remaining 750 callcards being sold via the collectors club after.