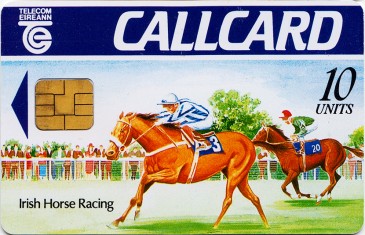 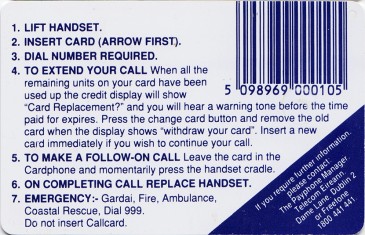 The Intel test card was produced to test compatibilty of the Intel chipset under Telecom eireann cardphones. This Callcard, like the previous McCorquodale Irish Horse Racing Test Card was encoded with 50 units of credit, even though the card design states 10 units.

The Intel chipset was never seen on any public issued Callcards, a similar trait to the McCorquodale chipset.