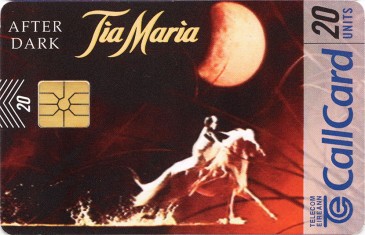 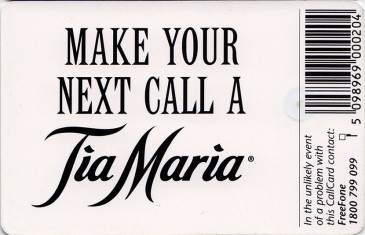 Tia Maria After Dark Back. Click card to zoom!

This card also saw the introduction of the new Callcard branding. The new branding features a smaller, semi-transparent Callcard bar with units printed in the same top-right position, as well as a smaller bar code on the back with the payphone manager contact address details omitted.