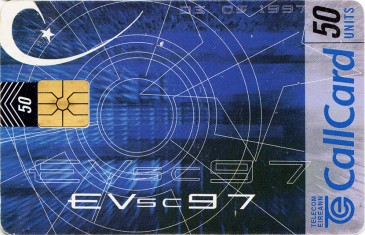 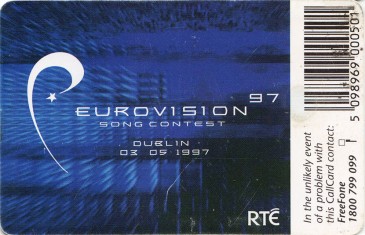 This Callcard was issued to promote the 1997 Eurovision Song Contest which was held at the Point Theatre in Dublin.

The Eurovision '97 show was presented by Carrie Crowley and Byozone member Ronan Keating. This was the third Eurovision song contest to be hosted in Ireland.

The United Kingdom won the 1997 competition, with their song Love Shine a Light.