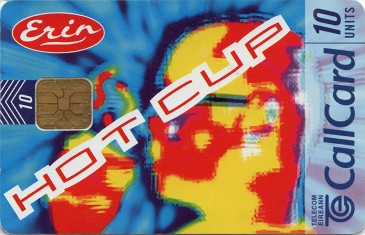 This Callcard was the third and final of the Erin Hot Cup soups promotional Callcard's to be produced. Unlike it's predecessors this Callcard was not issued publicly, and required tokens to be collected and traded to receive the Callcard.

An advertising sleeve also accompanied some of these promotional Callcards.