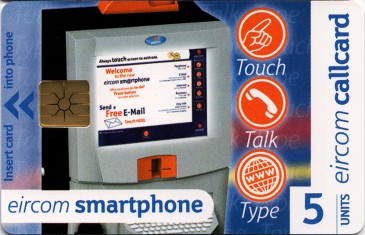 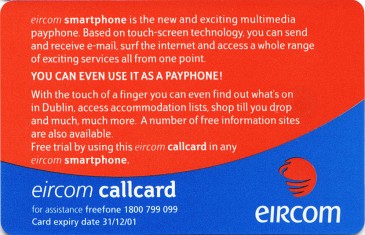 This Callcard was issued by Eircom to members of the public to test their new "Smartphone" system for free. The smartphone, which took either coins or Callcards, was both a phone and an Internet browsing system.